We all want to have a good life and, of course, a long one to make the most of it. If it were up to us, we would live with the people we love for a century or more. Fortunately, there are people who actually live through it all, although the number is quite low. There are places where longevity is quite high, while in others, unfortunately, the mortality rate is high and the average lifespan of people very low.

Regardless of where you live, passing 100 years of age is a very rare feat. And as new research suggests, centenarians may have their gut microbiomes to thank. At least in part.

A study of Japanese people who lived over 100 years found that they harbored different groups of bacteria in their intestines. They ended up generating unique compounds and could even rid these people of infections and other environmental stressors.

Generally, centenarians are people less susceptible to age-related chronic illnesses. And somehow they managed to stop infectious diseases. It has now been seen that the intestinal microbiome, formed by the billions of microorganisms that live in the digestive tract, could help explain this event.

One can believe that the secrets to a long life are in people’s genes. However, genetics is responsible for less than 30% of longevity . This causes several other factors to change over time. Like diet, relationships and now intestinal bacteria.

To do the study, 160 centenarians were recruited from across Japan. They had an average age of 107 years. Then, the bacterial communities found in their fecal samples were compared with those of 112 other elderly people in their 80s, and with 47-year-olds.

The research was led by Yuko Sato, a microbiologist at the Keio University School of Medicine in Tokyo. He and his team were looking for differences in their intestinal microbiomes. That is, the types of bacterial species present and the types of compounds produced by them.

Previous studies were done with centenarians from Sardinia, Italy. And they found that people over 100 years old had a greater diversity of species from the central microbiota living in their intestines than did the young and old. 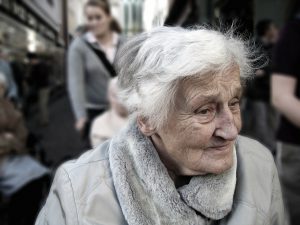 The focus in studying the gut microbiome is that by discovering what a healthy microbiome looks like, scientists can find ways to change bacterial communities. Or correct their imbalances to prevent disease or improve people’s health.

Centenarians are an extreme example of healthy aging. So of course these people must be doing something right to live this long. Some of them, in this new Japanese study, showed typical signs of aging. For example, low-level inflammation. But “the majority of centenarians were free from chronic diseases such as obesity, diabetes, hypertension and cancer,” the researchers wrote.

Sato and his team performed several other experiments in the laboratory. And while they help explain how the bacterial species found in centenarians manage to give them some protection against infection, some experts are more skeptical and cautious about the results.

“Like many studies that seek to implicate microbiome-specific signatures with particular conditions in humans, so far the work has mainly revealed correlations rather than causality. It is certainly conceivable that manipulating specific bile acid concentrations, whether microbial or administering them directly, could have health benefits,” explained physiologist Kim Barrett of UC San Diego, who was not involved in the study.